Who's behind Knights Estates 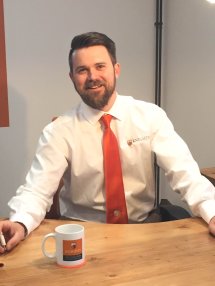 Colin is the fourth generation of the Knights family to run Knights Estates and has been working here since 2003. Building on his years of experience Colin has now taken the company forward with the expansion into full Estate Agency. He enjoys playing golf with friends and his son Toby and hopes one day he might get down to a single figure handicap! He also has a Harley Davidson Fatboy which he has taken away on numerous European road trips. 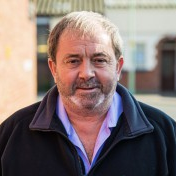 Sally joined the Knights Estates as a Company Director in 2015. Married to Colin, Sally helps manage property cleaning. Sally runs her own Glamping Business from home during the Summer season as well as helping manage property cleans and ensuring everyone keeps the office tidy and presentable. Sally also has excellent opinions when it comes to Director decisions. In her spare time Sally loves walking the dog and spending time with their two boys. Sally also has a great sense of humour and is the life and soul of any party.

Emily has worked in property Sales and Lettings for 11 years. Working for another agency in 2015, Knights Estates took over the lettings portfolio upon the owner's retirement and we were fortunate to be able to employ Emily with us at Knights. Emily is married and has a young daughter. She enjoys canoeing, caravaning and running. Keen to keep fit she also enjoys squash. Emily is one of the most conscientious people I know and her work ethic is amazing. Her enthusiasm to help people find the right property to either rent or buy drives her to give the best customer service.

Louise is the face of our office and looks after front reception and helping everyone who calls up or comes through our door. Louise has been with Knights Estates since 2014, having joined us from her previous position in retail management. Louise enjoys baking (bonus for us in the office) and also going out with her husband on their Harley Davidson Fatboy! One of her other loves is Rock music which does make it tricky when we listen to the radio in the office.

Rachael recently joined Knights Estates in 2016 to take over the management of all client/landlord finance. With the takeover of another letting agency, Colin wanted someone as conscientious as him to look after all the finances down to the last penny. Rachael is that person! Rachael is married and has two young boys who are football mad! In between matches locally and at Norwich academy, she enjoys walks on the beach, has recently taken up running and managed to complete the Lowestoft Half Marathon on the 1st October 2017.

Janet has been with Knights Estates since 2007 and is responsible for maintaining the company accounts and dealing with all finance for the company. Janet has an extensive accounting background and her services to the company are invaluable. In her spare time Janet loves going to the theatre and is an avid supporter of local amateur dramatics as well as venturing to the West end regularly where she can catch a show.